In line with government advice Exeter Forum is suspending all Forum activities immediately, and will not resume them until we are advised it will be safe.
​
talks programme
January-april 2020 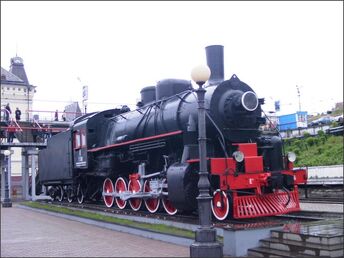 From a very early age Chris had a keen interest in aviation, cycling regularly out to spot aircraft at Exeter Airport. Hiding in the old pillboxes led to an interest in the history of the airport. Although he had been an air cadet, Chris was unable to join the RAF due to slight colour blindness.
However, working as an Emergency Call Handler with the Devon Ambulance Service led to his being the first Flight Controller for the Devon Air Ambulance Trust when it launched in 1992.

Donna has worked for the Bank of England in a number of rôles for thirty years. She will be retiring from her present job of Agent for the South West at the end of January and we are delighted she can fit us in before she leaves.

In one of the earliest cases about shoplifting in high society, Jane Austen's wealthy aunt was accused of theft in Bath in August 1799 and tried at Taunton Assizes in March 1800. Was she guilty of theft or were the shopkeepers guilty of perjury? This talk will present the evidence and ask the audience for their verdict. There will be some references to characters or events in Jane Austen's novels.

David Pugsley was born in Tiverton. He was a European civil servant in Strasbourg for 3 years and taught law for 40 years in the universities of Southampton, Johannesburg, Bari and Exeter. Since 1993 he has been the Hon Archivist of the Western Circuit. He has a special interest in causes célèbres in the West Country in the 19th century.

Today’s countryside is filled with squirrels and sycamores, ladybirds and pheasants, even Canada and Egyptian geese aren’t out of place. The British Isles have been colonised by a succession of animals, plants, fungi and other organisms that apparently belong elsewhere. Indeed, it’s often hard to sort out the native from foreign. Some species, like the Asian hornet, cause problems; others like snowdrops and daffodils, are cherished. Non-native organisms, invasive or otherwise, from rabbits to rhododendrons, mink to muntjac, hold up a mirror to our own species. The pace of invasion is now higher than ever before, but non-natives, problematic or peaceful, aren’t a modern phenomenon: they’ve been with us from the outset. From the earliest settlement of our islands and first experiments with farming, through the Roman and medieval times, to the age of exploration by Europeans and the current period of globalised free-for-all, the story of invasive species is the story of our own past, present and future.

Brian is the 2019 Pearson’s Teaching Awards FE Lecturer of the Year, and has built a reputation for giving engaging, enlightening and thoroughly entertaining scientific talks.

Leigh has an Honours Degree in Chemistry from the Royal Institute of Chemistry.  He has spent over 24 years as an Analytical Chemist and Laboratory Computer Scientist, mainly in Pharmaceuticals.   He then ran his own software company for 10 years.  During that time he wrote two textbooks on computer programming.  Throughout his career and since he has maintained an avid interest in a wide range of sciences - genetics, food and health, computers and cosmology among many others.

Born in Poltimore House, Major Nigel Bovey has been a Salvation Army officer for 40 years. For 15 years, he and his wife, Margaret, served as church pastors in Northern Ireland and England. For 24 years, Nigel worked as a journalist on The Salvation Army's weekly newspaper, The War Cry. He was editor for 18 years.
A songwriter and author, Nigel has had a number of choral works and seven books published, including one on the subject of his talk Blood on the Flag.

Was Churchill referring to his periods of depression, using a term originally used by Samuel Johnson in a vivid description of his melancholia ? What caused it ? What were its effects ? How did he deal with it ?

The natural environment is facing unprecedented pressure from climate change and further loss of biodiversity.  As we leave the EU there is huge opportunity to review laws around protection of the environment, farming and fishing.  This talk will set out Devon Wildlife Trust’s proposals for the future and how this could impact on Devon.

Continuity of doctor care can be defined as repeated consultations, over time, between a patient and a particular doctor. This talk will cover the potential benefits of continuity of care, to patients, doctors and the NHS as a whole. Potential adverse effects and whether continuity is possible in modern general practice will also be discussed.

Sir Denis was the first Professor of General Practice at the University of Exeter and the Chairman and later President of the Royal College of General Practitioners. He was the first GP Chairman of the Academy of Medical Royal Colleges of Great Britain and Ireland. His citation for his knighthood in 1999 was for quality assurance in general practice. He is currently Patron of the National Association for Patient Participation.

Mark has led the Devon Beaver Project for the past 5 years.
Devon Wildlife Trust is the lead partner in England’s first licensed beaver re-introduction and monitoring project, on the River Otter in east Devon. A population of beavers, of unknown origin, has been present on the River Otter since around 2008. However, when video evidence emerged proving that the beavers had given birth to kits (young) in 2014, the UK Government initially planned to have them removed from the river. Devon Wildlife Trust opposed their removal and after consulting with the local community, landowners and public bodies, presented an alternative plan: to turn the situation into a five-year trial to monitor the beavers’ effects on the landscape.
Mark will be describing the project, its findings and plans for the future.