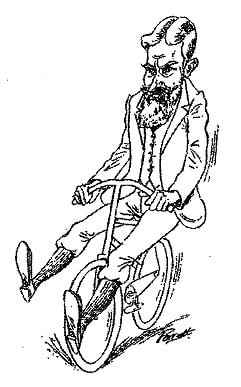 Exeter-based author and former wildlife filmmaker Dan Eatherley will talk about the story behind his book "Bushmaster: Raymond Ditmars and the Hunt for the World’s Largest Viper".
"Bushmaster" is the story of one man’s obsession with an enigmatic and deadly reptile. Raymond Ditmars (1876-1942), the first curator of reptiles at New York’s world-famous Bronx Zoo, popularised cold-blooded animals as never before. His love for snakes, insects and other misunderstood creatures was conveyed in books, lectures, and pioneering motion pictures. But his expeditions to the South America jungles during the 1930s in search of the legendary bushmaster – the world’s largest viper – really captured the public imagination.

Alex produced, directed and filmed the Blue Peter show for 36 years. Millions of children grew up with Blue Peter, with its famous badges, its daring presenters and lovable pets. For more than 50 years, youngsters watched their favourite faces take on death-defying stunts, tough challenges and champion vital causes, while also learning to make numerous models and handy items with the ever-present sticky-back plastic.
Alex will be recounting his experiences and memories of the presenters, the stunts, adventures and the challenge of producing a show for such a long period.

David will give a highly visual presentation detailing his successful quest to find and photograph all of the UK's 59 species of butterfly .
He will explain some of the lengths people go to in order to see them and he will describe the intricate life cycle of some of the species.
As most of our butterflies are declining in number he hopes to inspire people to support conservation efforts to help them survive

​
George Bernard Shaw called the clown “the best part of the circus” and wrote “all my life I have been merely playing the clown”. Brian's presentation tells Shaw’s story with respect, with admiration, and - as Shaw himself always told it - with humour. Brian is both narrator and player, adding memories of his overseas tours to his light-hearted chronicles of the life, the works, the correspondence and the complicated personal relationships of the “best playwright since Shakespeare”.

When a metal-detectorist discovered some Roman coins in a field overlooking Seaton he little realised that it would turn into a major archaeological discovery.  A week later, once 22,888 coins had been uncovered, he had a fair idea !  The find is the third biggest in Britain and by far the largest in Devon.  This talk will sketch out the Roman presence in Devon, from building the military fortress in Exeter in AD 50 to the burial of the Seaton Down Hoard in AD 350, at which point Roman influence takes a nosedive.

In this talk we will look at some of the greatest characters in the history of science including Copernicus, Galileo, Kepler and Isaac Newton. We will explore their trials and tribulations, their successes and failures and the impact they had on the Universe and, of course, the human race.

John Maclean is an experienced Science Communicator in the fields of Astronomy and Astrophysics and is an award winning Astrophotographer.
John served for 25 years in the UK Military and has travelled extensively including the Antarctic. He has his own, fully robotic observatory used for imaging deep sky objects and studying the Sun. He has a special interest in Asteroids and Cometary science and is a researcher and member of the UK Meteor Monitoring Network.
John is a regular guest speaker on Cunard, Viking and P & O  cruises.
_______________________________________________________________________
July 10th             Emily Macaulay​, Exeter Library    Libraries: More than You Think

Emily will be talking about Exeter Library specifically and Devon Libraries more broadly, including about Libraries Unlimited the charity that now runs all of Devon's public libraries.  Emily firmly believes that libraries now and in the future will surprise everyone and she hopes to share this passion in her talk.

Emily has worked within Devon Libraries since 2013 arriving as the refurbished Exeter Library prepared to open. Originally a Senior Supervisor for Operations Emily is now the Centre Manager for Exeter Library.

David's family have worked for Chivers for many generations, as builders of the original factory, employees and suppliers of fruit.

Pike Ward was born into a family of ship brokers in Teignmouth and worked in Iceland between 1891 and the outbreak of the First World War. He travelled by pack horse and steamship through wild terrain and terrible seas, all the while attempting to outwit his rivals and cope with the challenges of surviving in a tough land.  He was the first person to pay Icelandic fishermen in cash rather than by barter, taught Icelanders how to salt and soft dry fish for British markets and as such had a significant impact on the development of commercial fishing in Iceland.

Despite his achievements, he had been largely forgotten until Katherine's rediscovery of his diaries and photographs at the Devon Heritage Centre in 2016. Copies of her book based on these documents, The Icelandic Adventures of Pike Ward, will be on sale for £20 (hardback)/£12 paperback.